On Wednesday, Nov. 6, 12 of the University of Tennessee’s finest freshman strutted their stuff on stage in the Miss and Mr. Freshman Pageant in the University Center’s Auditorium. Each contestant was given an equal opportunity to present their gifts and abilities in front of an audience, but only one boy and one girl could take home the illustrious title of “Mr. and Miss Freshman.” 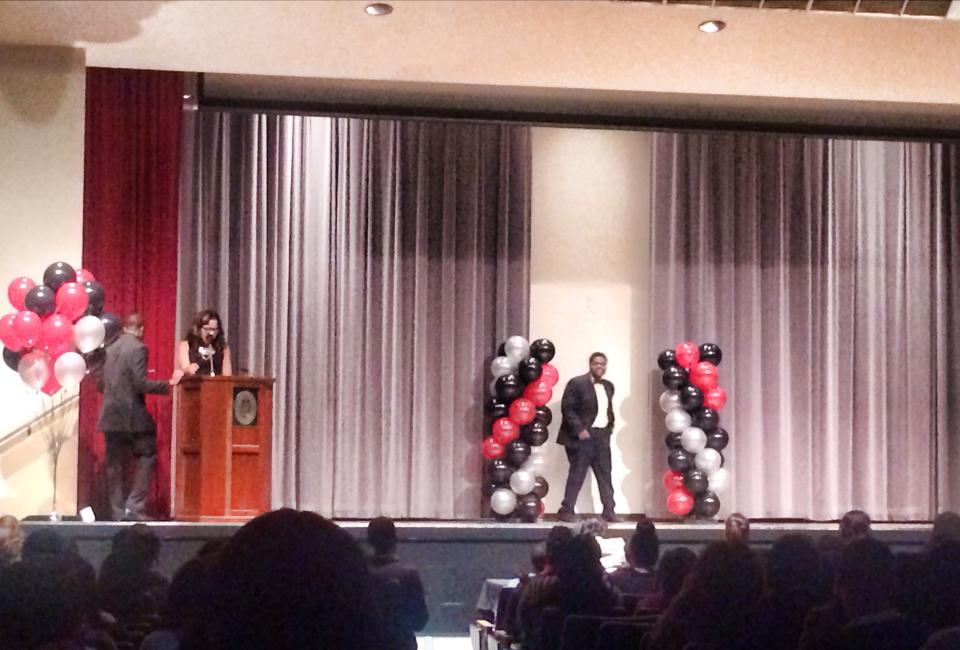 Of the six boys and six girls, all freshman members of the Multicultural Mentoring Program, who participated in the program’s annual pageant, Ashley Caradine and Cullen Johnson were crowned the evening’s winners.

Before Caradine and Johnson were crowned, however, they faced a fierce competition. The night began with a personal style segment that showed off each contestant’s individuality and specific taste, which was followed by a display of the contestants’ varying talents, ranging from poetry readings and singing to interpretive movement and playing the saxophone.

“It showed me that there is a lot of hidden talent here at UT, and we have a supportive student body when it comes to people expressing those talents,” said Angel Conway, a member of the Multicultural Mentoring Program.

Although the contestants’ dazzling talents contributed much to their overall scoring, each contestant also participated in a question-and-answer segment and proved they are some of the best-dressed freshman at UT by displaying their formalwear.

At the end of the night, Caradine and Johnson were deemed the most fit for the honor of Miss and Mr. Freshman.