It’s Labor Day weekend, but students will be in class on Monday as usual, courtesy of COVID-19. It’s just one small part of the university’s adjustments: many classes have been shifted to hybrid courses, consisting of in-person and online options. New guidelines are also being enforced to promote a healthier learning environment. Those operating outside of those rules are experiencing reprimands.

Navigating a new semester under these circumstances is unprecedented, and both students and teachers are feeling the weight.

“As a student with ADHD, online learning is a particular struggle for me,” senior Madison Smith said. “Attending classes in person helps me stay focused and engaged with the material, as well as helping to keep various assignments and due dates at the forefront of my mind.”

Smith doesn’t live on campus, but travels there for work. She logs in part-time hours for the Information Desk inside the Student Union. Working on school curriculum from home is a struggle for Smith. It’s a heavy schedule of online courses that transforms her home into an unfamiliar environment.

“I stay at my apartment for my classes since I’m fortunate enough to have internet access,” Smith said, “but I know I’m not the only one who struggles to stay focused and on task when my office is just a dining room table.”

Her work setting also looks different. Smith attributes that change to proper protocols and response. “I’ve definitely seen a decrease in the amount of people who come in and out of the Student Union,” Smith said, “and the safety guidelines put in place mean that any events hosted limit the number of guests in attendance and observe proper social distancing.”

Faculty, too, are adapting to change.

Dr. William Andrew Jennings says that restricted access to his typical work setting is taxing. Jennings teaches in the department of political science.

“The difficulty of being able to hear students in cavernous classrooms with face coverings on” is something Jennings said he finds cumbersome.

Jennings had to amend his schedule once fall semester began. He was originally slated to have two in-person courses and one online class. Now, Jennings has one in-person class, a hybrid course and an online study, all of which required extra effort to organize.

“I think students have been respectfully following the guidelines for classroom conduct,” Jennings said in an email. “I’ve told a few students to pull their masks over their noses, but everyone has been wearing one.”

His unease stems from what is happening on other parts of campus. “My only concern is student activity outside the classroom, especially rush, [which] seems to have been a big driver of the pandemic on campus,” Jennings said.

In the latest campus update, Chancellor Donde Plowman said that seven clusters have developed on campus since its reopening. All are connected to Greek sorority houses. “We define a cluster as 20 or more close contacts to a positive case that has been identified,” Plowman said in a public webcast. “As these numbers continue to go up from here, it is beginning to strain everyone and it’s going to put a strain on are resources going further.”

As of Sept. 4, the university reported a total of 369 active COVID-19 cases. Of those, 363 are students. “I want to put this in some sort of perspective,” Plowman said. “Over a week ago we had 153 cases. We have to stop that upward trajectory.”

As positive cases continue to rise, so does the worry for Smith. “I’m trying my best to keep up with everything, but I can’t help but think that my level of knowledge and understanding of my courses this semester would be greatly improved if we were in-person,” Smith said.

As a solution to the turmoil, Smith says perhaps students should be able to opt out of the semester without penalties. “Allowing students to temporarily drop out without penalizing their financial aid would probably free up a lot of resources while also limiting the amount of people on campus and hopefully reducing the risk of spreading the disease further,” she said.

The university took some such measures at the end of last spring’s semester, with tuition reimbursement and flexible grading, but so far this year, UT is staying the course. 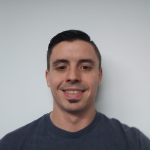