Standing in the middle of a library or bookstore, surrounded by thousands of books, with the desire of picking just a few can be daunting. Hopefully, this list can bring some insight as to how that decision can be made easier. 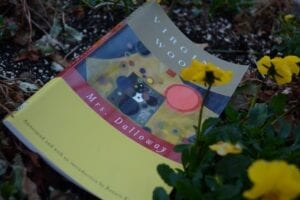 Virginia Woolf was an English author who wrote Mrs. Dalloway shortly after the First World War and shortly before her suicide. Mrs. Dalloway follows the life of a  woman on a day she is to throw a party. Wolf was able to capture a woman’s entire life in a single day and do it with a composition that posses realism. The novel was adapted in to a movie, The Hours, in 2003. It stars Merryl Streep, Nicole Kidman and Julian Moore. If books aren’t your thing, at least check out the movie; it’s phenomenal. 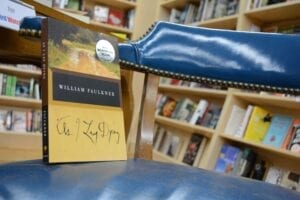 Why not a William Faulkner on the list? The Mississippi native wrote some wonderfully intense novels, As I lay Dying being one of his finest. Although the book is slow reading, confusing at times, and generally strange, the story it tells is so unique and impressive, it must be read. 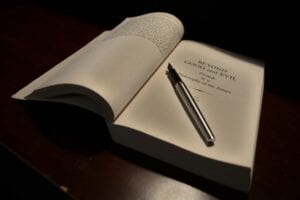 8.) Beyond Good and Evil – Nietzsche

Now, a non-fiction work is not on everyone’s list of fantastic reads. And Nietszche is not a walk in the park. The German composed some of the most mind-numbing sentences and ideas in the history of philosophy, but there’s reason he’s still read today. His ideas are remarkable, rhetoric unparalleled and desire to change the landscape of the human race beautiful. Nietzsche’s work spans decades and can be studied for much longer, but start with “Beyond Good and Evil,” it’s a life changer. 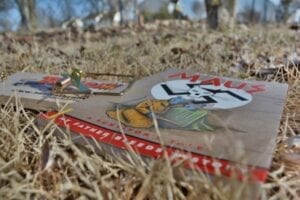 Art Spiegelman wrote and illustrated this graphic novel which was the first of its kind to win a Pulitzer. Not only are the illustrations fabulous, the writing is abruptly harsh and authentic. If the name sounds familiar, then you’ve probably seen The Pianist. The Holocaust survivor portrayed in The Pianist is the father of Spiegelman. 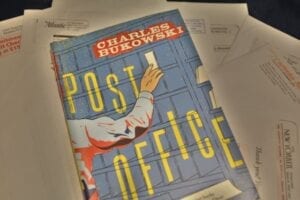 Looking to feel better about yourself? Maybe a you want a good laugh. Well, Bukowski gives you both options with his appreciable and seriously fantastic prose writing. Charles Bukowski is Hemingway with modern grittiness. 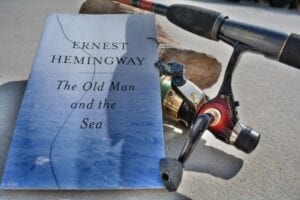 This Nobel prize winning novella is not what one usually thinks about as amazing. It’s slow, drawn-out and short but leaves the reader with an inability to put it down. Hemingway has authored many books that all should be read, but there’s a reason Old Man and the Sea won the Nobel Prize. In just a few pages it encapsulates the struggles, hardships and pragmatism of the world we all live in. If anyone has taken shit, resisted it only to be pushed in the dirt again, this novella will resonate with you.

The exceptional coming of age novel that changed generations. This anti-establishment, genuine and never phony novel sticks with the reader more than a work should. There’s something about it that, with all the words possible, is unexplainable. The first six chapters of Cather in the Rye saw the beaches of Normandy, witnessed the liberation of the Dacoa concentration camp, a portion was read by Ernest Hemingway in Paris, who spoke highly of it, it survived a rejection by The New Yorker, a harsh question by one publishing firm and a withdrawal by Salinger to finally be published in 1951. This novel isn’t simply that, it’s a piece of history, something that millions have related to and loved. 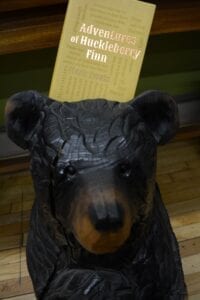 Twain wrote some astounding works throughout his life, but if you were to read one of them, The Adventures of Huckleberry Finn should be that one. Just as Morrison did with Beloved, Twain speaks on some sensitive topics with colloquialism that will envelope the reader in this world of freedom, equality, capitalism and becoming a man. 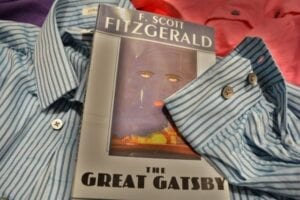 At 180 pages, Fitzgerald wrote what many call, the perfect book. While mastering the maxim every writer should know, show don’t tell, Fitzgerald authors a world the reader can believe. It’s difficult to explain a novel that portrays so much, therefore, I tell you to read this if you haven’t and if you have, open it again, you probably missed something.

What is a book about a dude named Ishmael, a tattooed man who can chuck a harpoon, a bonkers, grudge holding captain and a whale with a pigment problem doing at number one? Those who have read this novel may understand. Every sentence in this novel has substance, meaning. Hell, there’s an entire chapter, The Whiteness of the Whale, that has more significance than the entirety of most novels. Melville summarizes in great detail and preciseness mankind and our multitude of emotions, interpretations, desires and how the world, with us in it, works.

Honorable Mentions that need to be read:

A Farewell to Arms

The Lord of the Rings

To Kill a Mockingbird

…you get the idea, great works that should be appreciated, written by awesome people.

+ posts
Tags: catcher in the rye, literature, novels, to kill a mockingbird