Tennessee wasn’t pretty, they weren’t efficient, but they came out with a win.

After an early drive started the Vols off in a hole, Justin Worley and company responded well with 31 unanswered points. The Vols seemed to be headed to another impressive defensive stop after a tipped interception stunted a nice drive by the Jags. That is when the momentum started to shift to the University of South Alabama. On the first play after the interception, Justin Worley throws a tipped pick of his own. The Vols would never be in a position to score again.
The Jags reeled off 17 unanswered points of their own, leading to a drive that would decide the game. The drive ended with South Alabama at goal-to-go from the Vols seven yard line. There the Vols stepped up and provided four downs of top-tier defense. The first play was a one-yard rush where the quarterback was edged out of bounds. The next play the Vol’s senior defensive end Corey Miller sacked the mobile Ross Metheny. On the penultimate play of the drive the Vols bent but didn’t break and only allowed six of the eight yards the Jags needed. Finally, with the game on the line, Brian Randolph intercepted Metheny in the back of the endzone. The Vols are trying to put a positive spin on the victory rather than letting the difficulty get them down. “You can take good and bad from it. I like the positive. We found a way to win.”, said Butch Jones commenting on how he perceived the 31-24 victory. No matter the commentary on the game, the Vols are 3-2 and need to focus on a big game against the Georgia Bulldogs at home next weekend. 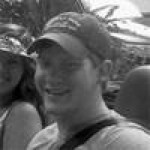