This win comes over a Gators team that has struggled this season. Heading into their matchup with the Vols, they sat at eighth in the SEC with a 3-4 conference record. They also suffered home out-of-conference losses to Texas Southern and Maryland.

On top of this, star player Colin Castleton suffered a left shoulder injury in practice that is keeping him out indefinitely. That is 15.4 points, 9.1 rebounds, 1.8 assists and 2.8 blocks per game now missing from this Gators team.

To make things even worse for Florida, Wednesday’s game marks the Gators’ third contest in just five days. Their last performance was a 16-point loss to a struggling Ole Miss squad where the Gators shot an abysmal 4-for-29 from deep.

Despite these setbacks, Florida took early control of this game. They led by as much as 13 in the first half and went into the break up 42-34.

So, with such a large advantage leading into the game, how did Tennessee find itself in such a hole?

The answer is turnovers.

Tennessee finished the first half with 11 giveaways, but no stretch summed up the Vols’ possession struggles more than the four-minute and 54-second period beginning with 16:35 left in the half. In this time frame, the Vols did not attempt a single shot.

It is not uncommon for a team to get cold and go on a five-minute drought, but not taking a shot altogether was something Tennessee coach Rick Barnes said he had never seen before.

The culprit was seven committed turnovers by Tennessee. Florida was playing solid defense during the stretch, but the majority of the Vols’ mishaps were avoidable. Three turnovers were on bad passes, twice the ball handler was stripped, one was an offensive foul and one was a 5-second violation on an inbound.

“Sometimes we can get a little bit sloppy thinking passes are going to be there,” said Vescovi. “Other teams are also having a little more pressure with us. I think we just have to be a little more careful with the ball.”

The issue goes deeper than turnovers stalling the offense, though. They also led to easy baskets for the opposition. Florida took advantage of Volunteer miscues and scored 17 of their first-half points off turnovers. 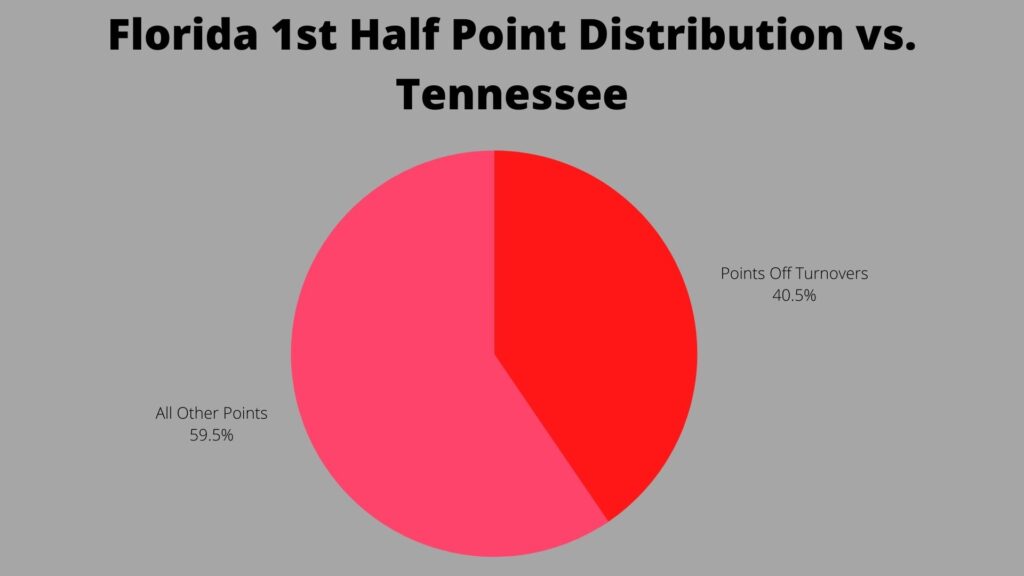 Fortunately for Tennessee, this issue was rectified in the second half. The Vols committed just five turnovers after the break and only one in the first 14 minutes of the period. This led to Florida being outscored by 15 in the last half while only scoring five points off turnovers. 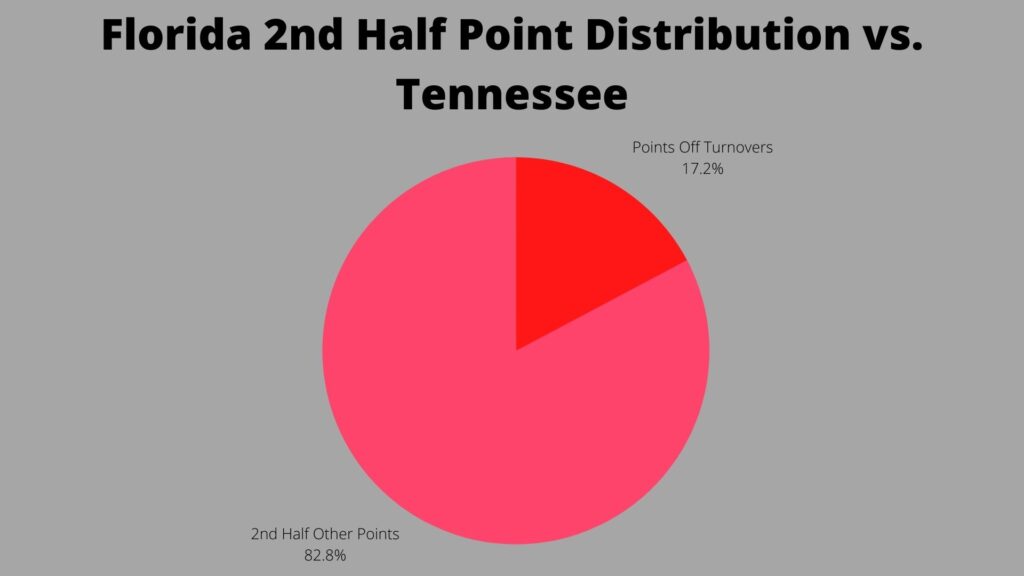 This tale of two halves shows Tennessee’s offensive floor and ceiling. The Vols’ stifling defense always shows up, but they will struggle to compete with SEC foes if the offense falls flat. However, when their offense limits turnovers and creates easy looks, they can compete with just about anyone in the country.

The Vols will need a full game of a clean offense if they hope to take down their next opponent, Texas. The Vols will travel to Austin on Saturday to take on a Longhorns team that is 12-1 at home under first-year coach Chris Beard. Tip-off is at 8 p.m. and will air on ESPN.

Ryan Sylvia is the Sports Editor at TNJN. He is a junior at the University of Tennessee, Knoxville majoring in journalism and electronic media. Although he spent most of his life being raised outside of Philadelphia, he was born in Knoxville, and he is happy to be back home. Ryan has had a love for sports from an early age, and he found his love for writing in high school while taking journalism classes. He hopes to find a job involving both his passions as a sports journalist after graduation. To reach Ryan, email him at rsylvia@vols.utk.edu