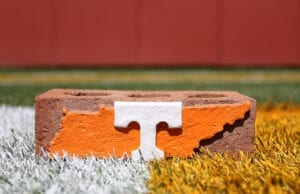 Butch Jones has done it again. For the second year in a row, he has signed a top five recruiting class full of talent. While looking at this class one must ask themselves – are any of these signees going to step in and get early playing time? The answer to that is, absolutely. There are plenty of true freshmen who could see early playing time next year, but three in particular stand out as potential fits for positions of need.

The son of UT legend Reggie McKenzie, Kahlil brings a huge frame that blends size, strength and athleticism. Coming out of high school with virtually every possible offer a high school recruit could receive, McKenzie will likely step into the vacant defensive tackle position left behind by graduating senior Jordan Williams. Adding McKenzie to the starting lineup benefits Tennessee in a multitude of ways. First of all, he brings in incredible play recognition skills that will allow him to close in on run plays – or recognize when the quarterback drops back in the pocket. This is where his speed comes into play. For a man of his size, he can close in on the ball quick. Although Tennessee has been lacking huge play makers at the defensive tackle position over the years, McKenzie could be the next great one.

It is no mystery that Tennessee’s offensive line was lacking in 2014. Aside from breakout stars Jacob Gilliam and Jashon Robertson, the offensive line could have performed a lot better. Injuries along the way did not help. Throughout the season, the Vols suffered multiple injuries across the line, therefore the unit could not mesh well together. When Jones set out to recruit the 2015 class, the offensive line was something he had to focus on. Jones did just that, signing five new offensive linemen in the class. The one player among those five that stands out the most – and looks to get early playing time – is Drew Richmond. He has the size and strength to immediately step in and contribute. Richmond shines by following through with his blocks. When he finishes one defender, he finds someone else to block down field, which is a major source of help to running backs. Richmond has NFL-caliber talent and brings instant improvement to Tennessee’s offensive line.

One spot on the field that could potentially be dangerous for other teams to attack in 2015 is the Vols’ secondary, especially at cornerback. Not only does Tennessee have one of the most underrated cornerbacks in the nation, Cam Sutton, but the Vols also have the man that will be lining up across the field from him, Justin Martin. Coming off one JUCO season at Northeastern Oklahoma A&M, Martin will likely start from day one. Losing senior Justin Coleman to graduation has opened up a spot in the secondary. Martin brings two essential elements to the cornerback position – speed and length. At 6’2″, he can immediately step in and have the reach to match up with most wide receivers. When it comes to keeping up with the receivers, that’s not a problem. Martin has plenty of speed and quickness in general. Just thinking about the combination of Sutton and Martin will be a scary thought for opposing offensive coordinators.