It’s no secret that everyone needs to eat. Agriculture will always be one of the most important industries as a result of this fact. But everyone is noticing that food has gotten more expensive, and now a new challenge faces people looking for their favorite foods. 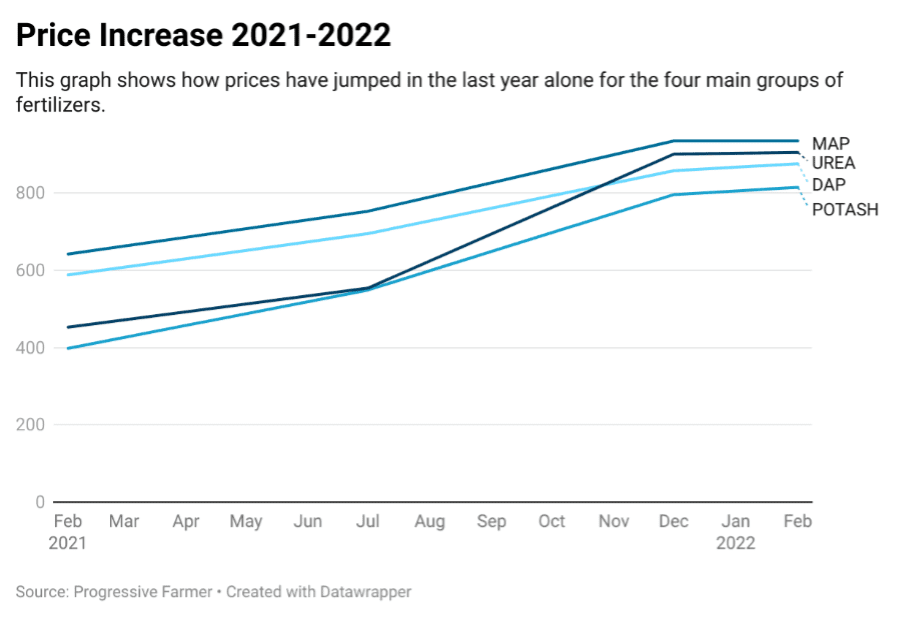 Loudon County Extension Agent John Goddard explained that rising prices poses a big challenge for farmers. Money that could have been used to build storage areas for grain or other aspects of farm upkeep is being used to pay the fertilizer bill this year. Many farmers are stuck just trying to break even, which might be what ultimately drives some of them out of agriculture for good.

“Big picture, I mean we’re seeing prices go up in the supermarket. We’re seeing prices go up at the gas station,” Goddard said in an interview. “So, these farmers that are having to face these high fertilizer prices, their wives are going to the store, they’re going to the gas station, and they’re driving around and around this field, that’s 4 and a half dollars a gallon of diesel that they’re spending. There’s going to be a certain amount of these guys that say ‘Hey, I’m done.’”

What’s causing the rise in prices?

Truthfully, there is no singular source of the problem, but some factors contribute more than others. Some maintain that the Russia-Ukraine conflict is a substantial factor. According to Ag Data News, Russia is a leading global fertilizer producer, contributing 9% of nitrogen, 10% of phosphate, and 20% of potash. But the U.S. produces most of its own fertilizer, and the prices were already jumping long before the invasion began. Other factors, like fuel prices, are more likely culprits.

“It takes fuel to make fertilizer, so as the fuel price goes up, fertilizer goes up,” Goddard said.

The price spike can also be connected to the doubling cost of U.S. natural gas prices and higher shipping costs. Crop prices are also higher, which incentivizes farmers to plant more crops, which calls for more fertilizer, which in turn drives up fertilizer prices. The cycle is creating one big problem for Tennessee farmers.

How Tennessee Farmers Are Coping

Many farmers are now being faced with the choice of whether or not to fertilize. Fertilizing fields is an important part of agriculture and choosing not to would be a large blow to many farmers end product. It has gotten to the point that many farmers are choosing different crops to plant this year. Many are planting more soybeans, according to Goddard, as it is a crop that can do well without the fertilizer that most other crops need. But the downside is that this could lead to shortages in grains and feed for animals.

Even the farmers who can afford to fertilize are cutting back because their bills have doubled, like John Harrison of Sweetwater Valley Farm, which operates in many sectors of agriculture. Sweetwater Valley Farm is perhaps best known for dairy, but also produces beef cattle and row crops.

“Our annual fertilizer bill has gone from $150,000 or $200,000 to $400,000. I had more stuff to fertilize, that’s still with cutting some rates back,” Harrison said in an interview. “It’s one of the most significant costs we have. For beef producers it’s probably their largest cost, and for crop producers, it’s probably one of their largest costs.” 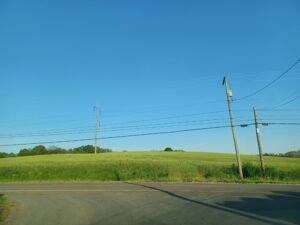 Harrison and Goddard confirmed that many farmers in Loudon County aren’t fertilizing at all this year. According to Goddard, the local co-op hasn’t been able to sell any fertilizer because of how expensive it has become. Harrison believes this could be detrimental to farmers in the long run.

“The only thing that bothers me, you know, we cut our pasture fertilization in half. A lot of producers are not going to buy any, so we know that will have a substantial impact,” he said. “By cutting in half, it might have a one-third impact because of diminishing returns … I wouldn’t not fertilize at all because we know that’s going to have a major impact on crop production.”

Fertilizer isn’t the only way to raise crops, thankfully. Modern Farmer says that many farmers are now taking up more regenerative methods for crop production. This includes no-till farming, planting cover crops, and rotational grazing of animals. Unfortunately, this solution isn’t simple or practical for many conventional farmers.

Agriculture is how we feed the world. Everyone is affected by agriculture in some way. With the rise in fertilizer prices, there will be direct impacts on every level. If prices continue to rise, many local farms may be driven out of the industry. And then it may not be long until your favorite food isn’t available at the grocery store anymore.