Many Tennesseans consider this particular race to be a toss-up. While Tennessee traditionally leans conservative, a wave of support for Phil Bredesen among younger voters surged after an endorsement from Taylor Swift.

Both candidates voiced support for Kavanaugh during his confirmation following allegations of sexual assault and a subsequent controversial investigation.

“Considering all the facts, I did not think the allegations and evidence rose to the level of disqualification,” Bredesen said.

Bredesen faced backlash from his party, as many democrats disagreed with Kavanaugh’s appointment from the start.

Moderators also questioned the candidates about their support for the Affordable Care Act and three principle provisions: coverage for pre-existing conditions, children staying on a parent’s insurance plan until age 26 and no lifetime cap for health care expenses.

“Every plan that I have voted for includes pre-existing conditions,” Blackburn said. “That was a Republican provision, as was older children staying on their parents’ plans.”

While Bredesen said he did not support the legislation initially, he voiced support by stating each principle provision remains important to him.

“One of the most important things will be to have some mechanism to identify people who, from a mental health perspective, are not suitable for handling and owning weapons,” Bredesen said. “I think it should be judicially mandated, not something that is done by an administrator somewhere to give people protection from it being used arbitrarily.”

Blackburn, who received endorsement from the National Rifle Association, maintained her platform to uphold the Second Amendment.

“I think that we can protect the Second Amendment and also protect our citizens in public places,” Blackburn said. “That is something we have done throughout our nation’s history. And no one, I will tell you, nobody wants somebody who is a danger to themselves or others to have a firearm in their possession.”

Blackburn also noted her endorsement from the Fraternal Order of Police.

Bredesen and Blackburn differed on  immigration reform and President Trump’s proposal to build a wall along the southern border.

Bredesen, while in favor of increasing border security, encouraged the usage of advanced technology and drones rather than building a physical wall. Blackburn, on the other hand, voiced a border wall is imperative to protect the United States. 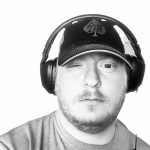