Early voting ended last week in Tennessee with higher numbers than in previous years. A total of 45,547 votes were cast in person or by absentee ballot, about 9,000 more than in 2016. Every four years two primaries are held, one in March and one in August. During presidential election years, the March primary sees much greater turnout than the August primary. 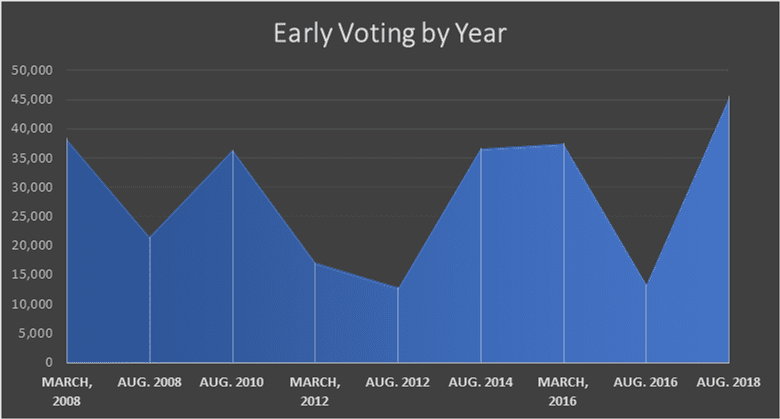 As usual, the final days of early voting saw an uptick in total number of voters. A general steady rise in votes is also typical of early voting. The highest number recorded for a single day this year was 5,238 votes on Friday, July 27. Voting precincts were not open on Sundays the 15th and 22nd. 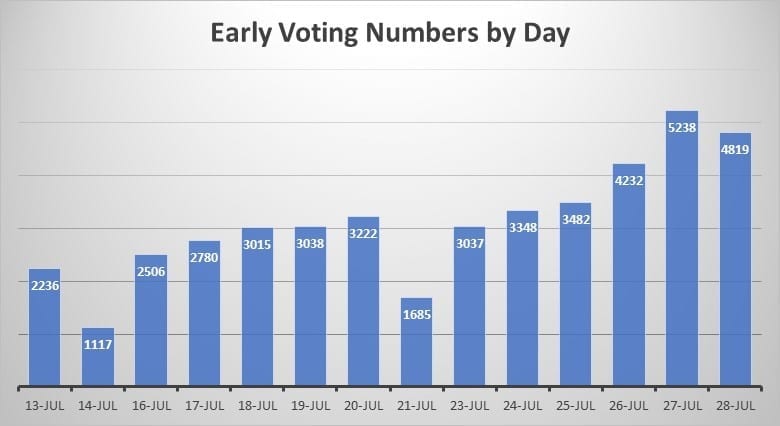 More than twice as many people voted in the Republican primary than the Democratic primary. Only 141 people shirked the primaries to only vote in the local general elections. 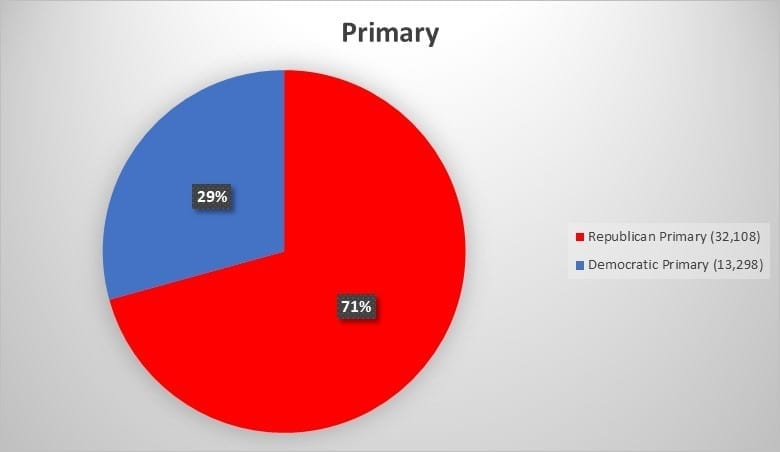 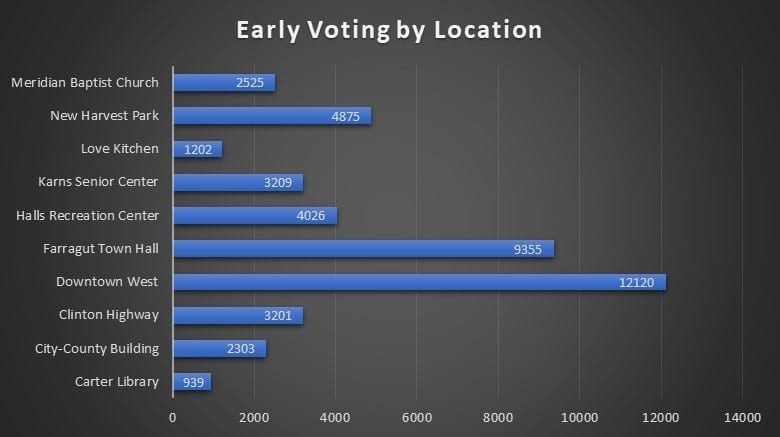 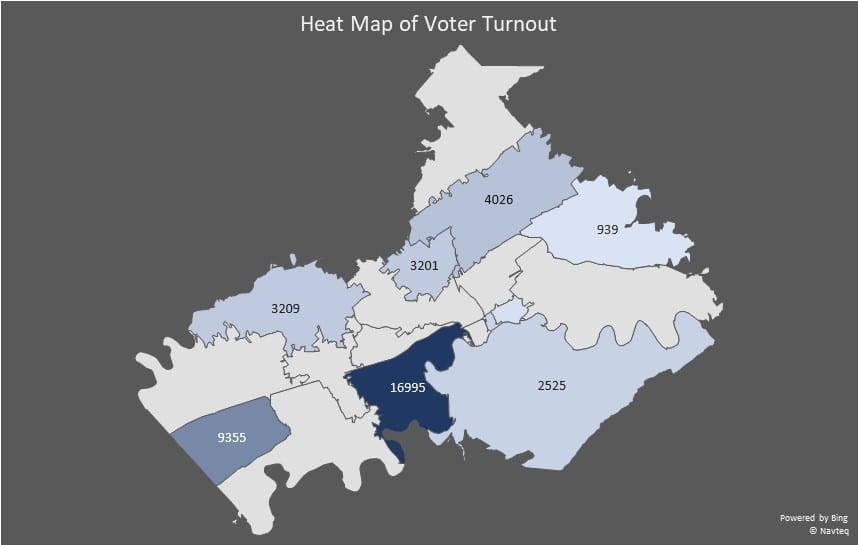