Put some spring in your step for the rest of March with the Tennessee Journalist’s latest entertainment recommendations:

Dystopian future and video game fans, get ready. “Ready Player One” takes readers to the year 2044 and immerses them in a virtual reality world where everyone tries to escape reality. When the virtual reality game creator dies, a video spreads. The video reveals that whoever can find the “Easter eggs” in the game will win his fortune. While the novel was originally published in 2011, the film adaptation premieres this year on March 29. According to the New York Times Best Sellers list for combined print and e-book fiction, “Ready Player One” spent 16 weeks on the list and is currently ranked as #7.

“Found/Tonight,” performed by Ben Platt of Broadway’s “Dear Evan Hansen” and “Hamilton” composer Lin-Manuel Miranda, rocks the charts to continue the revolutionary show’s success. The song sits at #1 on the iTunes charts. Earlier this year, Miranda said one original song would be released every month thanks to the popularity of not only the “Hamilton” soundtrack but also the follow-up album, the “Hamilton Mixtape”. Thus far, “The Hamilton Polka,” “Ben Franklin’s Song,” and “Wrote My Way Out Remix” are the only other released #Hamildrops. “Found/Tonight” mashes the songs “You Will Be Found” from “Dear Evan Hansen” and “Story of Tonight” from “Hamilton.”

“Love, Simon,” based on the 2016 novel “Simon vs. the Homo SapiensAgenda” by Becky Albertalli, is a coming of age and coming out story of Simon Spier. Spier, a seventeen-year-old guy yet to come out to his family and friends, finds himself in love with an anonymous classmates online. The movie, which debuted at 92% Fresh on RottenTomatoes.com, received positive feedback from both critics and fans alike. Peter Travers, Rolling Stone film critic said, “A seemingly ordinary coming-of-age tale that looms large because of its inclusive romantic embrace, ‘Love, Simon’ wins you over by capturing your heart without pushing too hard for the prize.” “Love, Simon” also received praise for being the first mainstream studio film to feature a gay teen as the main character. The film, in theaters now, classifies as both a romantic comedy and dramatic film, funny and uplifting.

TV Shows: “Once Upon a Time,” “Jessica Jones,” and “Young Sheldon”

For fans of fantasy, Disney, or fairytale stories, “Once Upon a Time” is the perfect show, including favorite story book characters in tales of adventure, romance, and heroism. The series concludes May 18 after seven adventurous seasons. Before the series finale, catch up on the show’s past seasons wherever you stream shows.

Following the “Big Bang Theory,” “Young Sheldon” focuses on the backstory of child-prodigy Sheldon Cooper. Sheldon faces bullies and other struggles as a 9-year-old boy in high school. “Young Sheldon” showcases his antics in a comedic and heartwarming way. The show also marks the television return of Annie Potts, who shines in her typical southern, sassy role as Meemaw. The show can be found on CBS Thursdays at 8:30 ET.

Television fans looking forward to the next installment in the Marvel Cinematic Universe Avenger’s Infinity War, should check out Netflix original series “Jessica Jones.” The show  offers a new look into the same Marvel universe. Jessica Jones, a former superhero, is now a private investigator in New York City. The series ties in other Marvel characters such as Luke Cage as crime unfolds. Season two debuted March 8. 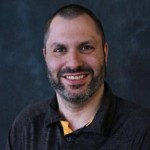