Cows, robots, medicine and comic books were all subjects of conversation at the University of Tennessee’s independently organized TEDx event, hosted at the Clarence Brown Theatre Lab on Saturday, Feb. 11.

The 100-member audience listened, took notes and later discussed the new ideas and emerging trends explained to them by working professionals in fields stretching from environmentalism to education.

TED, which stands for “technology, entertainment and design,” operates as a global non-profit organization whose mission is to spread “ideas worth sharing.” This usually takes the form of large, televised conferences in which lectures are recorded and published on TED’s website for further viewing.

Essentially, TEDx is an extension into locality for the larger organization. The distinction between TED and TEDx would be that the latter is a program established to aid universities, communities and individuals in the organizing of TED-style events. Since the program’s inception in 2009, more than 19,000 TEDx events have taken place. TEDxUTK has facilitated four; one for each year they’ve been on campus.

Students coordinating the event wanted to attract as diverse an audience as possible, which motivated their search for speakers covering such a wide spectrum of topics.

TEDxUTK co-president Avanti Rangnekar said that when acquiring speakers, they continually reflect on the idea that speakers should appeal to the child, grandfather, college student and college student’s parent.

“By then end of it, there’s something for everyone: the engineer; the doctor; the artist…everyone will have the chance to exercise their curiosity,” Co-president Amany Alshibli said, “that’s the thing about a TED conference…you’re not coming to hear about a specific topic…you’re coming to get a taste of a bunch of different disciplines.”

Rangnekar and Alshibli described their pool of potential speakers as seemingly inexhaustible. The process begins with developing an awareness of what might interest their audience by scanning social media, viewing local news sources and even taking recommendations from students on campus.

“There’s more to life than our sphere of influence,” Rangnekar said, “…the conference give us the opportunity to stay cognizant of what else is out there.”

Once members of the TEDxUTK staff understand the audience’s points of inquiry, they scour their list of nominations and find the best set of speakers to meet their preferences.

At the program’s conclusion, TEDxUTK hosted “coffee and conversation” in which audience members were encouraged to discuss the themes of the day with the presenters themselves. Conversation centered on exploring how the information explained in the earlier sessions might relate to their day-to-day lives.

Discussion wasn’t the only interactive element of the day’s festivities, however. Prompted by a sign that read, “if you had the power to change one idea/concept/word, what would it be” participants were invited to write their answer on a piece of paper, clip it to a display in the lobby of Clarence Brown and then share their thoughts with fellow attendees.

Members of TEDxUTK saw the day as a “great success” and noted that they look forward to beginning the planning process for next year’s event in just one week. 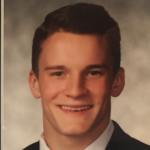