The University of Tennessee’s own Clarence Brown Theatre welcomes their annual production of the classic Charles Dicken’s play, “A Christmas Carol,” this month perfectly in time for holiday entertainment.

With a cast of over thirty local adult and child actors consisting of both current and graduate students of UT, “A Christmas Carol” will surely delight families and people alike. Audiences have the opportunity to channel their holiday spirit into this riveting tale of Ebenezer Scrooge as he travels into the past, present and future with the help of four compelling ghosts that lead him on his journey.

With a new director, set, props and costumes, there is a new look to the play this year that will improve the play from those of years past, according to the Clarence Brown Theatre’s website.

To further enhance the holiday experience, there will also be holiday treats sold at concessions, as well as a “Christmas Carol’s Ghost” cutout display to pose with for pictures.

Kathleen F. Conlin, this year’s director, has previously worked for twenty-two seasons at the Tony Award-winning Utah Shakespearean Festival directing many Shakespeare plays, as well as modern American dramas and comedy plays such as, “The Tempest” and “Richard III“, both of which earned her praise for her creativity in the designs of the performances.

Jed Diamond will play Ebenezer Scrooge. He is currently the head of acting at the University of Tennessee. Previously, Mr. Diamond lived in New York City as an actor and director working in plays such as, “Of Mice and Men” and “All the Way Home.” He also taught at NYU, Fordham University and Stella Adler Studio, and was also a part of the faculty at the Actors Center and the Shakespeare Lab at New York’s Shakespeare Festival.

Shows are currently playing and will do so until Sunday, Dec. 18, just in time for a last minute holiday festivity for the whole family. Ticket prices differ depending upon the day of the week and ages. On Tuesday, Wednesday and Thursday, the price for adults is $26, children from age 5-10 are $10, UT students can buy tickets for $5 and non-UT students for $15.

Weekend shows will be $32 for adults with the ticket prices for children and college students remaining the same. There are also senior, military and UT faculty and staff discounts available along with deals for groups with 15 or more people. Children under the age of five are not permitted. 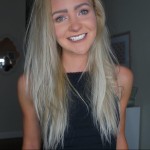 Renee Hoyos of Burchett: ‘He’s Enriched Himself as a Congressman’