The in-state rivalry between Tennessee and Vanderbilt may not be the most competitive annual game for the Vols, but with bowl games implications on the line, it holds special significance for players on both sides.

“We have a few rivalries, but this being an in-state rivalry, you know that with Tennessee kids on their team and Tennessee kids on our team, I would say this is probably our biggest rival because they are in state,” Tennessee redshirt junior offensive lineman and Knoxville native Brett Kendrick said on Tuesday.

“I think we are the most hated team they play. It’s always fun to play against Vanderbilt.”

Last week, the Commodores came away with their second SEC victory of the season with an impressive 38-17 win over Ole Miss in Nashville. The upset leaves Vanderbilt sitting at a 5-6 record, one win away from a sought-after sixth win that guarantees a bowl game appearance. While there is a realistic chance that the Commodores can still obtain a bowl bid with just five wins, they would rather seal the deal by upsetting their hated rival from the east.

The depleted Tennessee defense ranks 116th nationally against the run (giving up an eyebrow-raising 235 yards per game) and has been overpowered by opposing run games in recent weeks. The Volunteers gave up a shocking 420 rushing yards last week to Missouri and 443 yards on the ground to Kentucky the week prior. Tennessee also allowed eight rushing touchdowns in those two games.

If the Vols don’t make a priority out of stopping Vanderbilt from getting going on the ground, Webb should have no problems continuing the trend against a porous Tennessee run defense.

The game could come down to the playmaking ability of senior quarterback Josh Dobbs. Dobbs isn’t a stranger to putting the team on his back to get the offense rolling. If he can play like he has in his past three games, the Vols should be in good shape.  Dobbs has accounted for 13 touchdowns in the Vols’ three-game winning streak, throwing for 629 yards and rushing for 374 more. Running backs Alvin Kamara and John Kelly have been producing at a high level as well. The duo have combined for 388 rushing yards and 6 touchdowns in the last two games. Tennessee’s recent offensive surge has helped produce an average of 560 yards of total offense and just under 56 points per game over the Vols’ last three contests.

The blistering hot Joshua Dobbs should provide the Volunteers with the edge they need to overcome an anemic run defense and escape Nashville with their fourth consecutive victory. 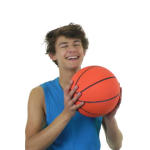