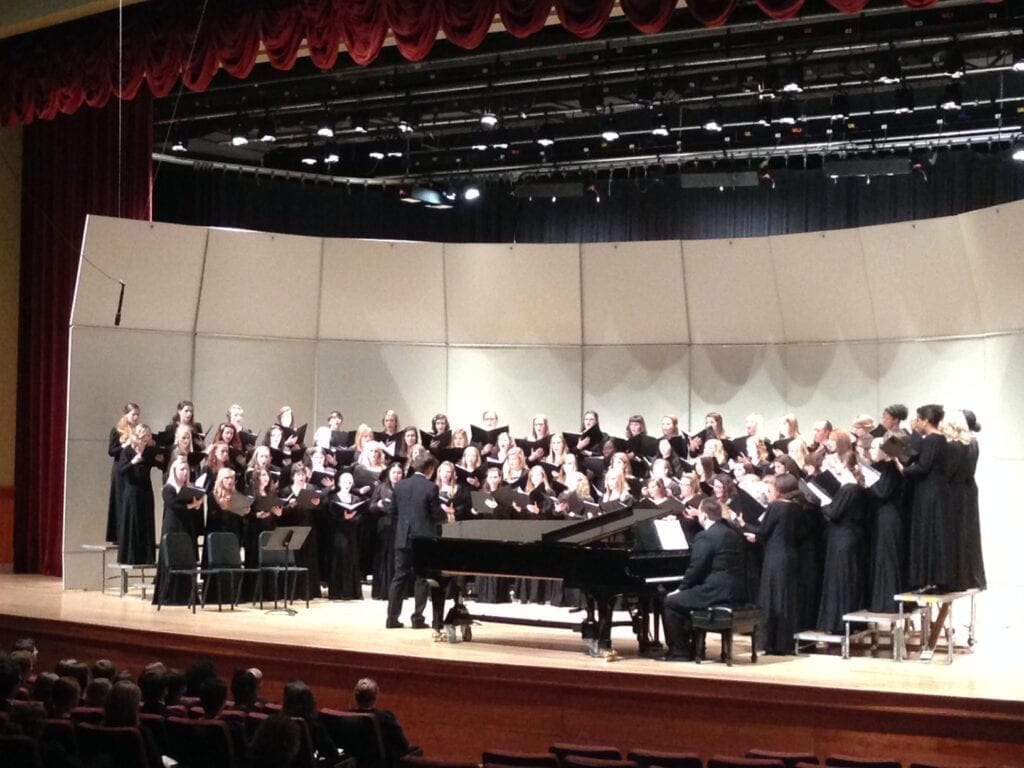 A special preview performance was given in the auditorium lobby by reVOLution and VOLume. These two groups are UT’s Men’s and Women’s Contemporary A cappella Ensembles. Each group gathered in a semi-circle amongst the crowd and performed one song to get the audience excited for the show.

The Men’s Chorale and Concert Choir were conducted by Gene D. Peterson, and Jordan Cross lead as the graduate assistant, while Melony Dodson performed as the accompanist.

UT’s mascot, Smokey, made a guest appearance and assisted the Men’s Chorale in singing Vols Medley. The audience stood up, cheered and sang along.

The choral ensembles will be performing again in early November and the season will continue until early April.